Computer science is not a science

It’s about formalizing intuitions about process. It’s about how to do things and how to develop a way to talk precisely.

So in that sense, Computer Science is an abstraction of Engineering.

This is how the first lecture of the famous MIT SICP starts.

For some time I was flirting with those classes and finally started watching them. In this post (by the way, it’s the first one) I will share some highlights I’ve found interesting in this first class.

This abstraction is a common ground on all kinds of engineering. You take something and build a box about it.

For example the square root method. You can build a box around this method which may contain a complicated set of rules, but you don’t need to know how it works in the inside. 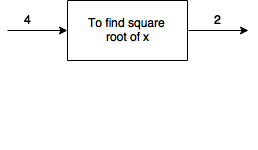 There are a lot of black-boxes examples in this first class, but I will not spoiler more than the basics :)

This is one of the topics covered in this class. Lisp is used throughout all the course. Lisp is a simple language and after learning the basic structure you are good to go to build your own abstractions.

One interesting thing I have never thought about was the way I am used to learn new languages. Usually I start from the basics, learning the syntax and then building new constructions. I’m not sure how others might do this, but the course describes a general framework for learning new languages that I particularly found really nice.

It is described as:

Given these primitive elements, we can build combinations like: 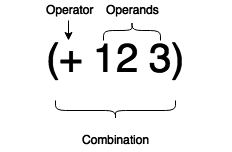 And we can have more complex things, like combining more than one expression.

Take a combination and make it as an abstraction so it can be used as an element in another combination.

One of the examples shown on this first class was the square root problem. It is solved in Lisp in this class, but since I was trying to getting back to Clojure again I solved it in Clojure.

The description of the square root method in this class is: (a.k.a Newton’s Method)

Following these instructions, this is the solution I implemented:

You can see some of the examples I implemented in Clojure on my github.

These were some of the things I extracted more value. I highly recommend you to watch it and take notes :)

The constraints imposed in building large system are the limitations of our own minds.

There is no much difference between what I can build and what I can imagine.